We are open for business and offering phone and video consultations during business hours. 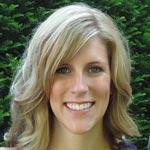 It is with great regret that we mourn the loss of a dear colleague and friend Ashley M. Haws. On June 1, 2014, while boating with friends on Lake Michigan, tragedy struck, and Ashley passed away. She was loved by many, including her parents and siblings, friends, clients, and the Davi Law Group, LLC family. Ashley will be missed by all who had the privilege of knowing and working with her.

Ashley M. Haws, originally from Green Bay, Wisconsin, graduated from St. Norbert College with a Bachelor of Arts degree in Psychology and a minor in Communications. In her undergraduate years, Ashley studied abroad in South Africa for a semester, was the varsity soccer team captain, and was a member of the Phi Beta Delta International Scholars Honor Society.

After graduating from St. Norbert College in May 2009, Ashley attended Valparaiso University School of Law in Indiana where she earned her Juris Doctor in May 2012. While attending law school, Ashley was a member of the Steering Committee, the Women Law Student’s Association, and the Volunteer Income Tax Association. In the Fall 2009 semester, she received the Cali Excellence for the Future Award in Legal Writing.

Ashley began work at Davi Law Group, LLC in November 2012 and was made an Associate Attorney in January 2013. Throughout her time at the law firm, Ashley provided fearless legal representation for family law clients in DuPage County and throughout Illinois. Ashley was a member of numerous bar associations and had just been sworn in for a second year as the Treasurer for the DuPage County Association of Women Lawyers. She was a brilliant rising star in the legal community and will be greatly missed.

Though we carry heavy hearts with Ashley’s passing, we know she would want us to share in her legacy of providing exceptional legal service to our clients. In order to pay homage to her in this way, we will continue to serve you with all your needs. Thank you for your condolences and helping us uphold Ashley’s memory.

We Can Help. Tell Us About Your Case.

A lawyer’s time and advice are his stock and trade. -Abraham Lincoln